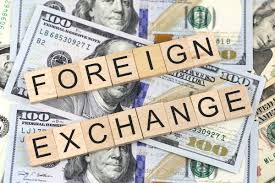 Functions of the Foreign Exchange Market

Currency Conversion – Companies use the foreign
exchange market to convert one currency into another. Suppose a Malaysian company sells a large number of computers to a customer in French customer wishes to pay for the computers in France the, French currency; whereas the Malaysian company wants to be paid in its own ringgit. How do the two parties resolve this dilemma? They turn to banks to exchange the currencies for them.

Companies also must convert to local currencies
when they undertake foreign direct investment. In addition, when a firm’s international subsidiary earns a profit and the company wishes to return some of it to the home country, it must first convert the local money into the home currency.

Currency Hedging – The practice of insuring against potential losses that result from adverse changes in exchange rates is called currency hedging. International companies commonly use hedging for one of two purposes:

1.To lessen the risk associated with international
transfers of funds.

2.To Protect themselves in credit transactions in which there is a time lag between billing and receipt of payment.

Currency Arbitrage-Currency arbitrage is the instantaneous purchase and sale of a currency in different markets for profit. Assume, for instance, that a currency trader in New York notices that the value of the French franc is lower in Tokyo than in New York. The trader can, therefore, buy francs in Tokyo, sell them in New York, and earn a profit on the difference.

Interest Arbitrage Interest arbitrage- is the profit
motivated purchase and sale of interest-paying securities denominated, in different currencies. Companies use interest arbitrage to find better interest rates abroad than those available in their home countries.

Currency Speculation- Currency speculation is the
purchase or sale of a currency with the expectation that its value will change and generate a profit. The shift in value might be expected to occur suddenly or over a longer period. The foreign exchange trader may bet that a currency’s price will go either up or down in the future.

The foreign exchange market is a two tier market, the wholesale or interbank market and retail or client market.

International Banks – International banks constitute the core of foreign exchange market. They borrow in multiple currencies, serving their own or customer needs. Their traders make the foreign exchange market through continual
inter-bank trading. Large money center international banks serve as market makers. Only the head or regional offices of the major international banks are market makers. They simultaneously quote bid and ask prices standing ready to buy and sell foreign currencies at quoted prices. The difference between the two prices is referred to as bid-ask spread. Traders in major money centre banks around the world who deal in two way prices for the buying and selling are referred to as market makers.

The customers of commercial banks buy and sell foreign exchange through their banks. Small banks and local offices of major banks do not deal directly in the i bank market. They have a credit line with a large bank or home office. Transactions with local banks, will involve an extra step.

The purchases and sales of large commercial banks seldom match leading to large variation in their holdings of foreign currencies exposing them to exchange risks. they assume it deliberately they act as speculators. Most interbank trades are speculative or arbitrage transactions where market participants attempt to predict future direction of price movements in one currency vs. another or attempt to profit from temporary price discrepancies in currencies between company dealers. However, banks prefer to keep their exposure as low they can without unduly acting as speculators.

Traders and Investors – Traders’ and investors’ transactions result in commitments to make or receive payments in foreign currency and the need of the group for currency conversion constitutes the foundation for foreign exchange market. Since the banks accommodate their conversion needs they participate in a minority of transactions.

Dealers and Brokers Dealers are mainly money centre banks, buying currencies low and selling them when high to other dealers. The bid-ask spread is very narrow.

Dealers’ operations’ are wholesale and majority of transactions are inter-bank in nature although they deal with multinationals and central banks. Thin spreads reflect intense competition among banks, their experience in exchange risk management and low transaction costs.

Brokers help enlarge the customer base by gathering information. They have knowledge of the quotes offered by many dealers in the market and disseminate as quickly as possible a currency quote to many other dealers. Banks avoid undesirable positions with the help of brokers. With the assistance of brokers they can take positions of their choice instead of being at the discretion of the customers when they act as market makers. The launch of anonymous broking systems has affected the volume of business of brokers who account for 35 per cent of the deals in the foreign exchange market.

Investment Banks – Investment banks which are financial intermediaries engage in deposit banking outside the United States because of the complimentary nature of investment banking and currency exchange. They find it convenient to deal in currencies involved while marketing Euro-bond issues or arranging a currency swap. The size of investment banks and frequency of trades makes it cost effective to establish their own dealing rooms to trade directly in the interbank market for their foreign exchange needs. As compared to commercial banks, they play limited role as market markers and in foreign exchange dealing.

Central Banks- Central banks intervene in the foreign exchange markets to stabilize the exchange rate or move it to a new level. The US dollar is intervention currency. If their currency exchange value is lowver than the desired level, they purchase it with foreign exchange. If it is higher than the desired level, they sell foreign currency. While it is easy to lower value, increasing it depends on the ability to supply foreign exchange which is dependent on the holdings of reserve assets or ability to borrow such assets. Central banks of major industrial countries frequently intervene to influence the value of their currency to a trading partner.It can be used to increase the value of one’s currency against a trading partner to red uce, exports and increase imports to reduce persistent trade deficits of trading partner.

Arbitrageurs- They make gains by discovering price discrepancies that allow them to, buy cheap and sell dear.Their operations are risk free. They act on their own in undertaking currency arbitrage and interest arbitrage transactions.

Arbitrage – Currency arbitrage arises from, opportu- nities to buy currencies more cheaply than can be sold. In a free market, the scope for currency arbitrage tends to be very brief and accessible only to dealer banks.

Interest arbitrage arises from disequilibria between two exchange rate variables. It is often conducted by dealer banks but others have frequent access to it. Interest arbitrage tends to lead to interest rate parity.

Speculation- Speculation exposes the individual to risk. It gives rise to financial transactions, that develop when an individual’s expectations differ from the expectations of the market Speculators transaction foreign exchange primarily because of an anticipated, but uncertain gain as a result of an exchange rate change. Speculation is a prominent feature of the operation of the foreign exchange market. Speculators prefer to use the forward market because of low transaction costs, low margin requirements and convenience.

Banks or multinationals, when they acdept either net asset or a net liability in foreign currency, they are indulging in speculation. A speculator hopes to profit by taking an, open position in the foreign currency. Open position denominated in foreign currency constitutes speculation.
Accepting an open position in a currency particularly overnight is always risky but to avoid such a position would unduly restrict banks operations and add substantial hedging cost. To reduce risk of loss, dealers limit the positions that traders can take and adjust their quotation and spread to prevent these limits from being exceeded more than temporarily.

Correspondent Banking- The system of correspondent banking with large commercial banks maintaining demand deposit accounts with one another promotes efficient
functioning of the foreign exchange market. Intercontinental communication between banks is enabled by the Society for World Wide Interbank Financial Telecommunications
(SWIFT) which is a private nonprofit message transfer system with headquarters in Brussels with intercontinental switching centres in the Netherlands and Virginia. The Clearing House Interbank Payments Systems (CHIPS) in cooperation with the US Federal Reserve Bank Systems called Fedwire, provides a clearing house for the interbank settlements of US dollar payments between international banks.