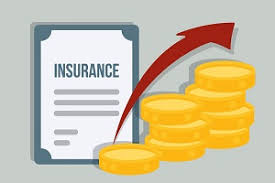 This presents relatively minor problems. During storage, goods are generally covered against fire, explosion, riot and strike, flood and earthquake, under a fire policy, and occasionally for burglary and theft risks under it burglary policy. The following are some important considerations which influence insurance decisions:

1.Where the stock is huge, insurance for burglary and theft risks is not sought for.

2.A fidelity guarantee policy for the key personnel controlling stores often turns out to be a wise invest-
ment since the cost for such insurance is relatively low.

3.Where the stocks fluctuate in value during the course of a year, the insurer can fix up a declaration policy for the fire and allied risks, under which premium is charged only on the average value of the stocks.

5.The premium rate for warehouses is dependent on the nature of storage in each non-communicating part of the building and therefore it is possible to economise in premium amount if you can ensure that hazardous and non-hazardous materials are stored separately and storage warehouses do not communicate with the manufacturing section.

6.Where new machinery is purchased it is advisable to cover the risk of transit, storage and erection under a single policy known as ‘marine-cumerection policy’.