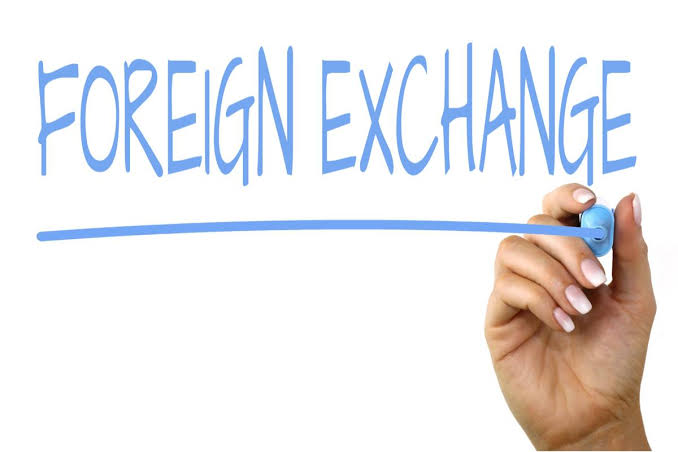 Why the Market for Foreign Exchange Exists

International Payments This is because, in the absence of barter, for every real (commodity) transaction there is a currency transaction, i.e.,for every purchase of goods or services, currency is to be paid. We know that there are two types of transactions in the forex market:

(a) Spot transactions and

(b) Forward transactions. Spot transaction in the forex market represent the counterpart of a trade transaction in commodities or assets. Now question arises that why do the forward contracts exist? There are two reasons for this:

(i) Speculation and
(ii) Hedging.

Hedging- Hedging by definition means protecting
oneself against adverse exchange rate movements. We can understand the meaning of hedging by the following example:

Suppose an Indian importer has ordered import of a machine from Germany for DM 20,000. The payment is to be made at the time of delivery, which is scheduled 30 days hence. His finance advisor expects rupee to depreciate against DM and advises him to hedge the transaction. He buys DM 20,000 in the forward market at the quoted one month forward rate. As per this contract, the importer will receive OM 20,000 in exchange for rupees at the agreed rate one month hence. This activity of the importer is called hedging.

Fundamentally, all hedging transactions are speculative in nature because there is an expectation that hedging will provide better solution than the non-hedged situation.nIn the above hedging example, it is the finance advisor of the importer who strongly felt that Indian rupees will depreciate against OM, therefore he advises the importer to hedge the transaction.

1.name of the principal party,

2.name of the counter party,

3.name of the currency to be delivered,

4.amount of currency to be delivered,

8.the date when the contract is sold,

9.the value date, and

10.bank accounts from where provided and where to be delivered.

When two persons strike out a deal for delivery at
any future date, it has the characteristic of a forward contract. In such a deal, the parties are free to make specifica tions, i.e.,forward contract can be tailored as per the customer’s requirement.

Future Contract: It is a standardised contract in
terms of amount and the time of delivery. A British Pound future comprises of BP 62,500 and it matures every third Wednesday of March, June, September and December in an year at Chicago Mercantile Exchange (CME). Different currency futures have different standardised amounts in them, e.g. a German mark future has, OM 125,000. Forward contract is a contract between two individuals where as the futures Contract is a contract between customer and the future exchange.

Future Market is a speculative market. Detailed discussion is given in the chapter on derivatives.

Identification of foreign cash flows in any organization requires the specification of dates on which the cash flow is going to take place. One more characteristic which identifies a cash flow is the location where it occurs. This is given country or city. usually identified, in terms of name of an institution in a Fund manager will want to verify that in each transaction the following characteristics of the given cash flows are well understood by the parties to the transaction:

1.The name of other party to the transaction;

2.Whether the specific currency or money market instrument is being purchases or sold;

4.The location where the funds or instrument pur-
chased is required(wanted);

5.The location where the other party wants the funds or instrument purchased to be placed;

6.The rate to be used for the transaction; and

If there are many cash flows in several currencies, as is the case with the banks, the value dates of interest are to be observed. There are two summary measures of cash flows that are of particular interest to the fund manager. One is net cash flow each currency specific to a value date. The other is the net exchange position in each currency for the aggregate of value dates being managed. The net cash flow in a currency, for a given value date, is computed as the net of inflows and outflows or that currency on the given value date. The net cash flow is either net inflow or net outflow. Net exchange position in a given currency is the difference between all cash inflows and outflows in that currency aggregated for all the value dates of interest. If inflows are larger than outflows for that period of time, we have a net long or net over bought position in that currency. If outflows are larger than inflows we have net short or oversold position. If inflows are equal to outflows, then we have a square position.

Value Dates – Because of the technicalities involved in expressing the time when a cash flow is to take place, we shall discuss the concept of value dates. As we know that there are two major time dimensions in foreign exchange market:

1. Spot transactions are for a value date, two business days following the day when the transaction is closed.

2.Forward transactions are for value dates in future usually computed as a number of months from the spot value date at the time of transaction.

Eligible Value Dates To be an eligible value date, a
value date must be a business day in the home country of the currency involved in the transaction. In most countries,

the business days are from Monday to Friday.
Treatment of two Business Days Involved In Spot
Transaction for Fixing the Value Date- For the two business days involved in the spot transactions, interest is paid to the parties. The customer who buys dollars receives interest on dollars and the counter party receives the interest on rupees if the deal is for the purchase of dollars against rupees.

Settlement of Transactions in the International Forex Markets: Western markets are developed financial markets and their settlement systems are electronically equipped. European markets settle their transactions through a satellite communication network called SWIFT (Society for World wide International Financial Telecommunications). The banks and brokers are linked together with telephone, telex and ultimately with SWIFT. This is a computer based in Brussels, Belgium. The banks and brokers are in constant touch with SWIFT and as soon as the contracts are sold, the settlement is positioned and executed at proper time. The activity in some of these financial markets runs 24 hours a day. In dollar market, the settlement is done through CHIPS an acronym used for Clearing House Inter Bank Payment System. This is also computer based system which links banks and brokers via satellite. From SWIFT one can enter the CHIPS and vice Versa. The CHIPS is located in New York.

In India, all transactions are reported to Reserve Bank of India. The details of the transactions are sent to the RBI and clearance is sought if needed. The settlement is done by the banks from their accounts held in different currencies.