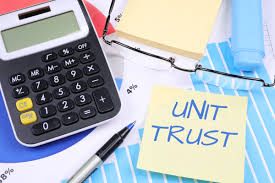 India is called the rich land of poor people. Here the savings of the citizens are not substantial enough to be vested directly into big industries. In order to invest their mall savings in industrial organizations the Unit Trust of India was set up on 1st July, 1964. This trust works at state

The aim of Unit Trust of India – the main aim of this must is to collect the small savings of the people and invest them in such industrial units which give maximum benefits a minimum investment. The profit earned is distributed
mong all investors.

The financial arrangement of the Unit Trust of India the initial capital of the Unit Trust is 6 crores of which 2.5 stores have been given by the Reserve Bank, 76 lakhs by the State Bank of India, 75 lakhs by Life Insurance Corporation of India and I crore by scheduled banks and financial institutions. Along with this capital the trust also sells its units, which have been priced at Rs. 10 per unit, to the general public.

The management of Unit Trust of India –

(i) the printed value of each unit is Rs.10 and they can be bought in multiples of ten.

(ii) the bought units can be sold to Unit Trust of India in the time of need. For this purpose the Trust gets the re-purchase value published every day in the major news papers of the country (iii) the holders of the units can take a loan from the bank keeping the units as a guarantee.

(b) Reinvestment Plan, 1966 – under this plan
the holders of the units can reinvest the income received through the units into purchasing more units.

(c) Volunteer Plan, 1969 – in this plan the in-
come from the units is automatically reinvested into purchasing more units.

(d) Child Gift Program, 1970 – under this pro-
gram the investors can purchase units in the name of their children (who are younger than 15years). The children will receive the money from the units only when they are 21 years of age. In the mean time the income from the units is reinvested into purchasing more units.

(e) Unit Insurance Plan, 1971 – under this plan
the holders of the unit receive the benefits of both  rein vestment and insurance. Any person who is between 18 years and 45 years of age can invest an amount between Rs. 3000 to Rs. 12,000 with the Unit Trust of India under this plan.

The progress of the activities of the Unit Trust of India – even in the face of tough competition the Unit Trust of India registered a record increase of 70% in sales between July, 1993 and June, 1994. The total sales of Unit Trust in 1994 – 95 were Rs. 12,500 crores (marked value more than Rs.10,400 crores). With more than 8 lakh new investors entering through various schemes and plans the total number of investors with the UTI has reached 3 crores 60 lakhs.